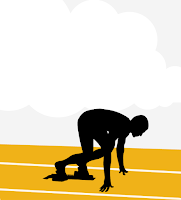 Start Process of the SAP System is performed in multiple steps and it is done my SAP Administrator user <sid>adm.
Step 1.        Start database
The core of the entire SAP system is its database.   So the database is started first.
Step 2.        Start Central Service Instance (CSI)
Start the Central Service Instance that contains both enqueue and message service for the Java part of SAP. The central Services are installed as an independent instance.
Step 3.        Start central Instance.
After the start of database and CSI next, we see that is operating system collector SAPOSCOL is active or not. If not already active then we start it.
It’s a program that runs on an operating system in background independent of SAP instances. It collects data about operating system resources and makes it available through shared memory of all SAP instances.

The Central Instance with its message server, dispatcher and work processes are started.
Step 4.        Start Dialog Instance
If we don’t have dialog instance running on the same host as the central instance, then SAPOSCOL is started (if not running), then dispatcher along with its work process is started.

Click on the links below to read the following Blog Posts:

One thought on “Start Process of the SAP System”

This site uses Akismet to reduce spam. Learn how your comment data is processed.