If we want to test our software changes in one system without having them transported automatically to other systems in our transport track, we can trigger the Transports of Copies. Such transports of copies are not transported across our system landscape and are therefore not imported into our production system, therefore they are suitable for testing purposes.
Transport of copies option is available in each SAP system. This is a type of transport similar to customizing and a workbench with its different behavior. Beauty with this type of transports is, it dies in the next target system. What does this mean??? Let’s say I have three system for my ECC system: Dev QA Prod. If you create a workbench request in DA1 system and release it, it goes to import buffer of QA1. Once imported in QA1, transport is now available in the import buffer of PA1 for import in PA1. But, if you create a Transport of Copy for the same transport in DA1 and release it, it will be in the import queue of QA1. However, when you import this transport to QA1 it does not go to the import buffer of PA1 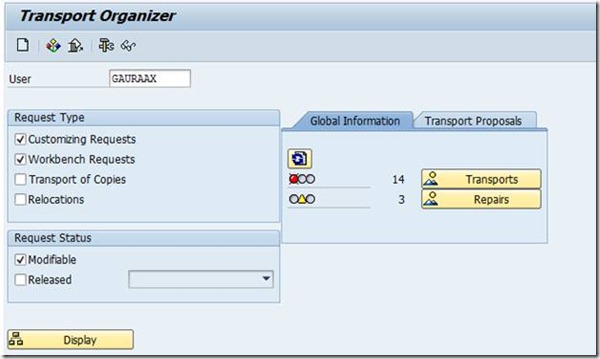 Select the option “Transport of Copies” and enter. 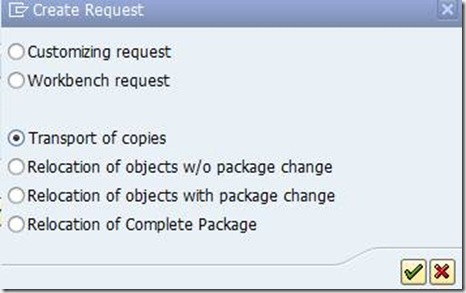 Save and transport of copies created

Click on the links below to read the following blog posts:

This site uses Akismet to reduce spam. Learn how your comment data is processed.